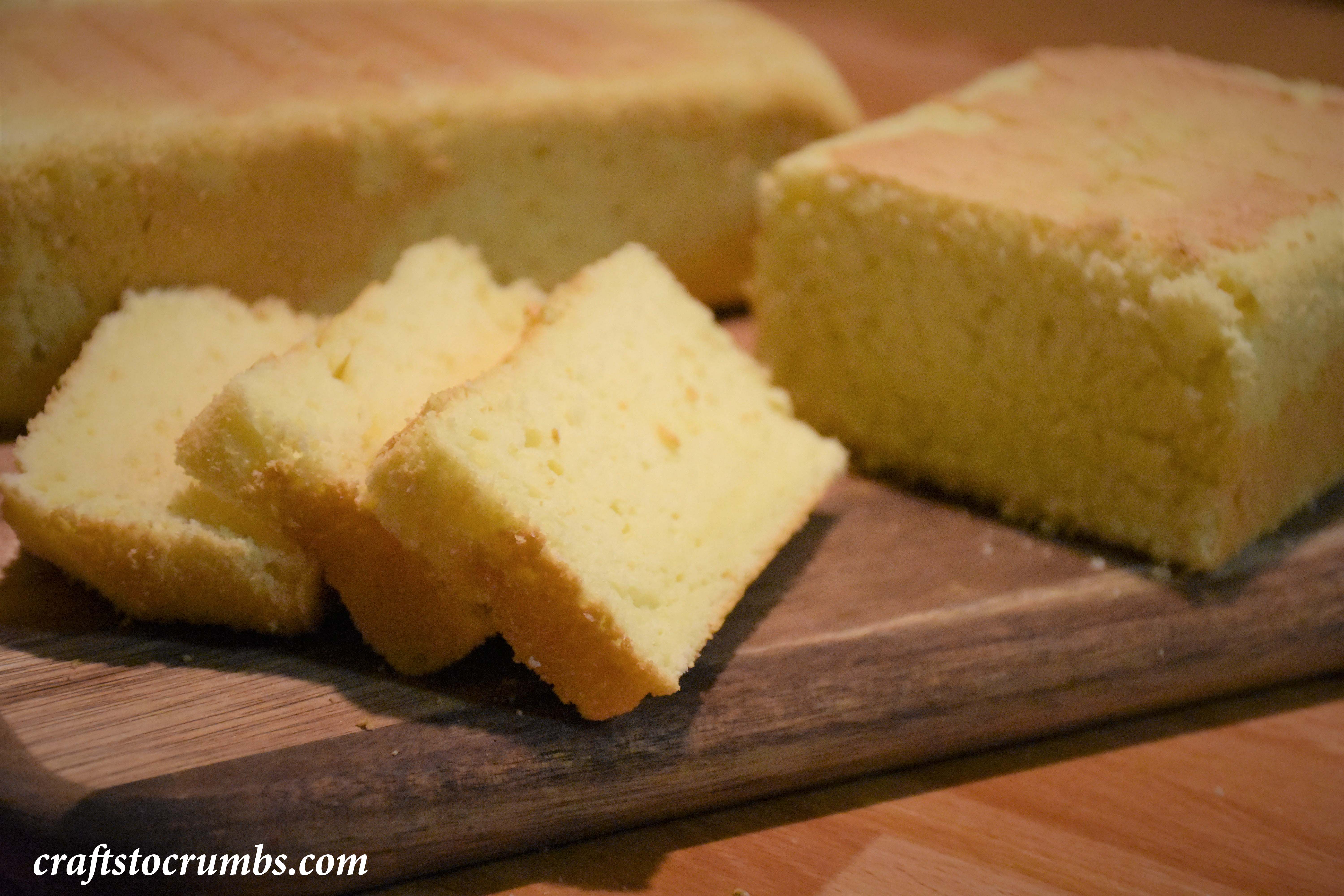 A super soft vanilla sponge cake made by using the “tang mian” or scalded flour / roux method. The flour is cooked in butter, which encapsulates the gluten in the fat and prevents it from activating and thus produces super soft sponge cake.

This cake reminds me of childhood like kanom kai (ຂະໜົມໃຂ່), which translates to egg cake or rather cake egg. We had these cakes when we were in the refugee camps in Thailand. And considering the proximity of Laos and Thailand to China, it’s no surprise that methods used up north had migrated down. I have been eyeing the method for a long time and finally got the push when my pregnant sister sent me a picture of a cake that had been shipped in from an Asian bakery in Atlanta.

I got extra motivation when I recently traveled with my other sister and picked up a few cakes from a Taiwanese bakery down in O-town. We grabbed a bag full of various cakes and at the bottom of the cake…almost forgotten was this rectangular cake. At first I thought it had a filling, but it turned out to be three very thin layer of the golden sponge cake staked on top of each other. The brown tops made it appear as though there was a filling in between each layer, but there wasn’t. I’m willing to bet they baked those on a baking sheet or jelly roll pan and just staked them. Which is smart because that would reduce the bake time considerably. Either way, one bite and I had a rush of childhood memories and I knew I had to move it up on my list of recipes to play with.

It took me a few times to get it to where I was happy with it and my pregnant sister approved, stating that it was so good and reminded her of kanom kai. I had to add slightly more flour, more sugar and more vanilla as I tweaked the recipe. Luckily, I’ve had that cake from the Taiwanese bakery not too long ago and knew these tweaks were needed. It’s a solid cake though it is soft. It’s fairly sweet, but still uses a lot less sugar than most western cakes. I only added two tablespoons more sugar than my initial recipe. But that little bit made a difference. And the vanilla was very prominent, so I added more of that too.

In a medium sauce pan, melt the stick of butter. Once the butter starts to bubble. Turn off the heat and sift flour and salt into butter. Allow to cook over residual heat for a minute or two, stirring frequently. Transfer this roux mixture into a large bowl. Whisk in milk, egg yolks and vanilla.

For the meringue, using an electric stand mixer or hand mixer, whisk the egg whites until frothy. Add cream of tartar and sugar and whisk until you get to stiff peak stage.

Split the batter between the two pans. Bake for 37-42 minutes. The cake will spring back when touched and tester should come out clean. If you are testing, make sure to be quick and not keep oven door open for too long the cake may deflate.

Allow cake to cool in pan for 15-20 minutes. You may have work the edges with your finger, to pull them away from pan so they don’t pull too much due to shrinkage. Run a sharp knife around the edges. Gently turn onto cooling rack and allow to cool completely before serving. 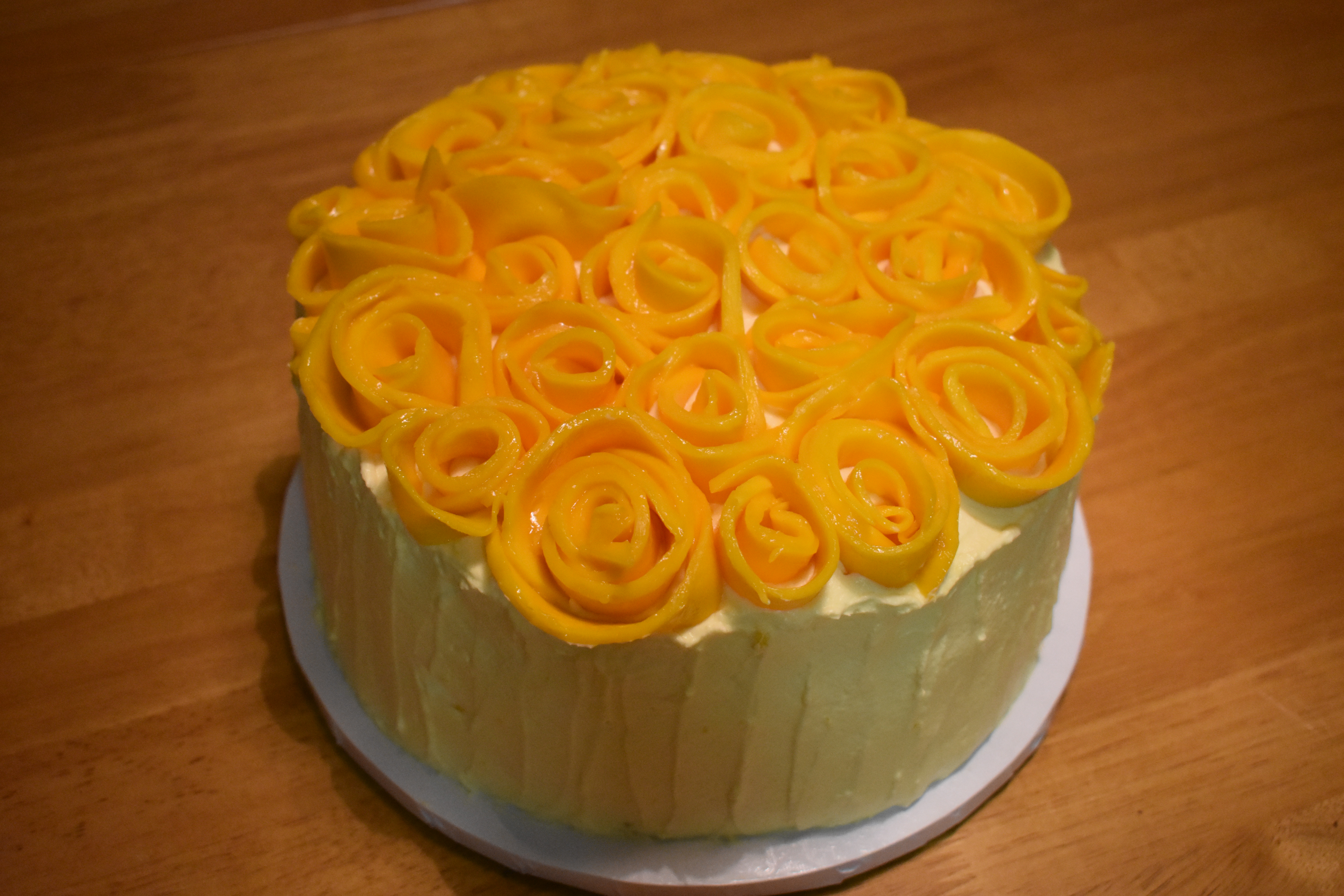 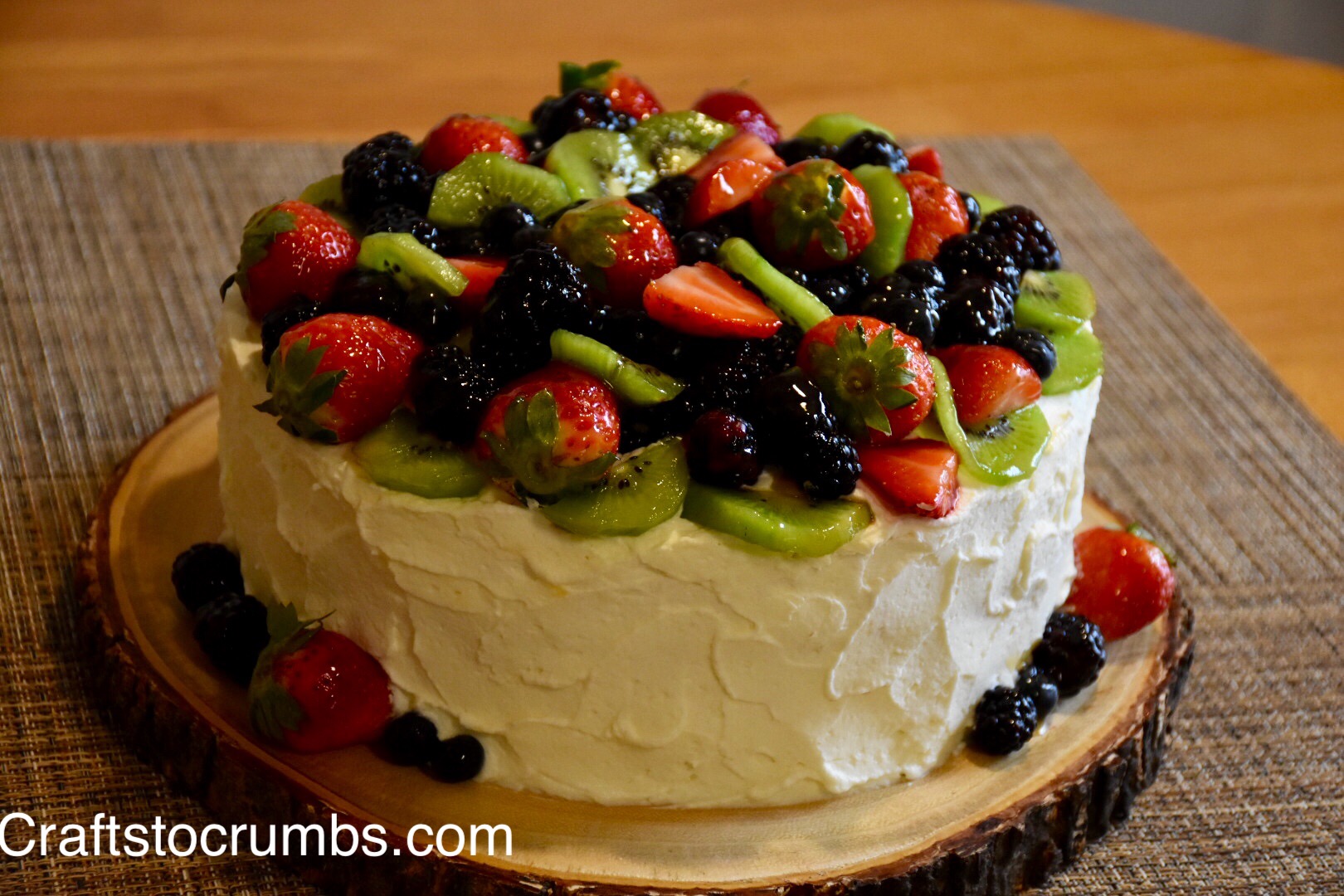