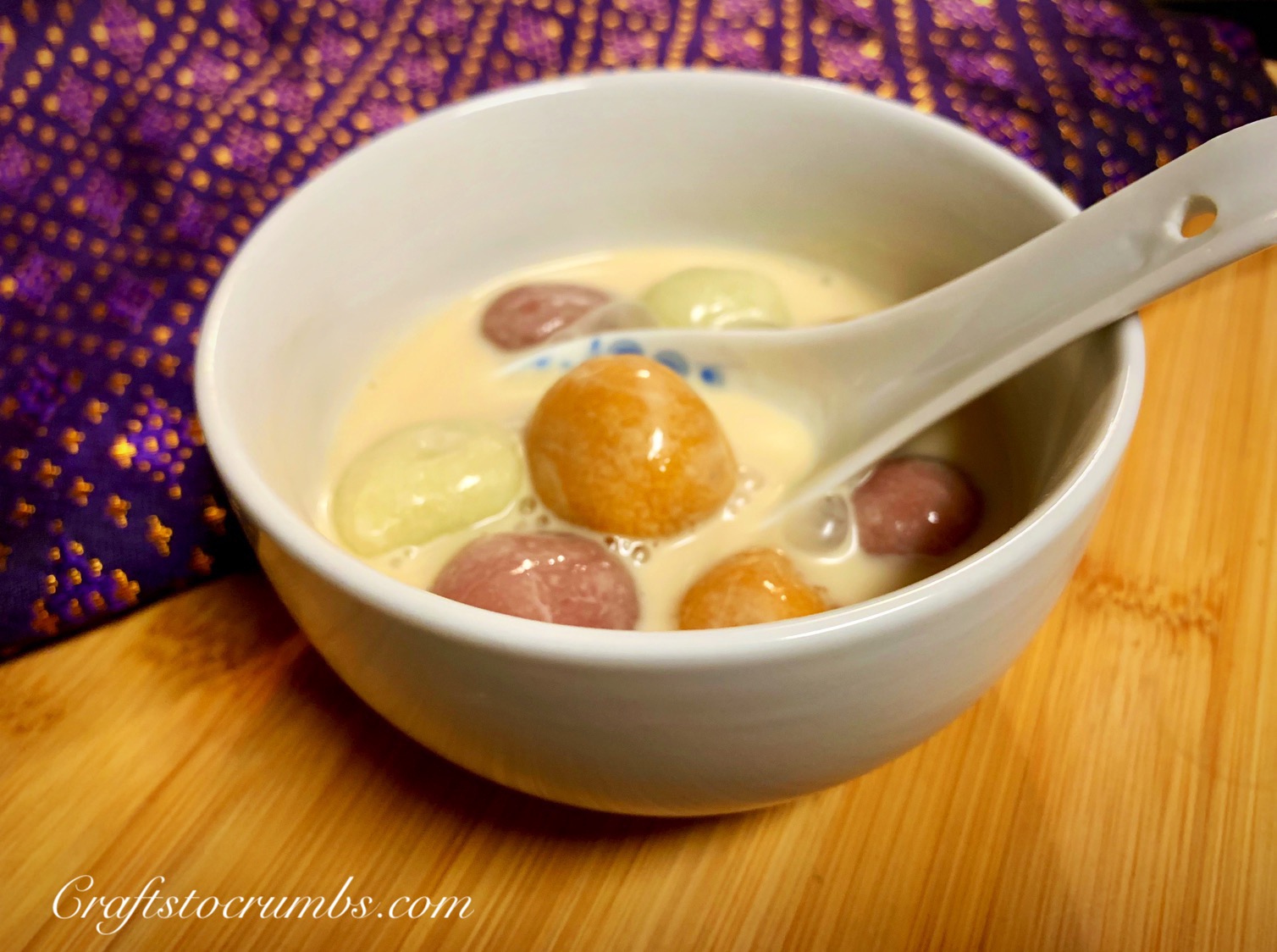 Bua Loy, literally translates to floating lotus. And one can see where this dessert got its name when you see the glutinous rice balls floating in the sweetened coconut milk. It’s chewy with subtle flavors. Similar to mochi balls, except that they have been boiled and steeped in sweetened coconut milk. Though this dessert may be simple, there is quite a bit of versatility because you can customize the colors and flavors of the bua loy. Some folks that I know have even touted having an all natural/ semi-organic bua loy because of the purees they used.

Not only can bua loy be a complete dessert on their own, you may recognize them as the chewy balls in nam wan. Remember a while back, I said I can probably do a whole series on components of nam wan? I believe it was when I made the tuptim (rubies), which I had made green and called them morakot (emerald). Well you really can make a nam wan series and bua loy can be added to that series.

Like many of the other components of nam wan, bua loy is fairly simple and straight forward. It’s when you make all these simple components and put them together that adds complexity to the nam wan dessert. But that’s a thought for another time. Today is bua loy only.

While I was editing the video, I was thinking to myself, I can probably add a dash of pumpkin spice to the flour next time I make the pumpkin version and that would add something different (and yet the same). Hello, pumpkin spice bua loy! One other thing about the pumpkin version, you may want to steam or boil fresh pumpkin rather than use canned pumpkin there.  The nuances of the ingredients you use seem to be amplified in the bua loy and you don’t want canny flavors. 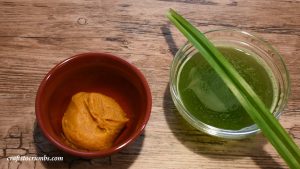 For the colorful version, I split the recipe in thirds and used 1/2 cup of glutinous flour with about 1/4 cup of each puree or juice. Add a tablespoon or two of puree if needed to bring the dough together.

Here are a few notes:

To prepare your puree – This one is for  taro. Peel, wash and cut taro into cubes. Boil for 10-15 minutes or until fork tender. Allow to cool slightly before placing in blender and with about ¼ to ½ cup or water and blend until smooth. If you can eat it raw like berries, then you don’t have to cook it before pureeing. 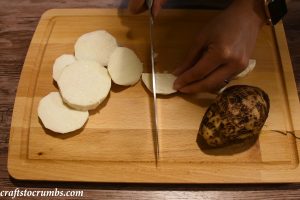 In large bowl, mix flour and puree until dough comes together and forms a ball. Pinch small pieces from the dough and form small round dough balls. Drop a few dough balls into boiling water. They are cooked when they float to the top. Remove from boiling water with slotted spoon. Place in bowl with ice water. 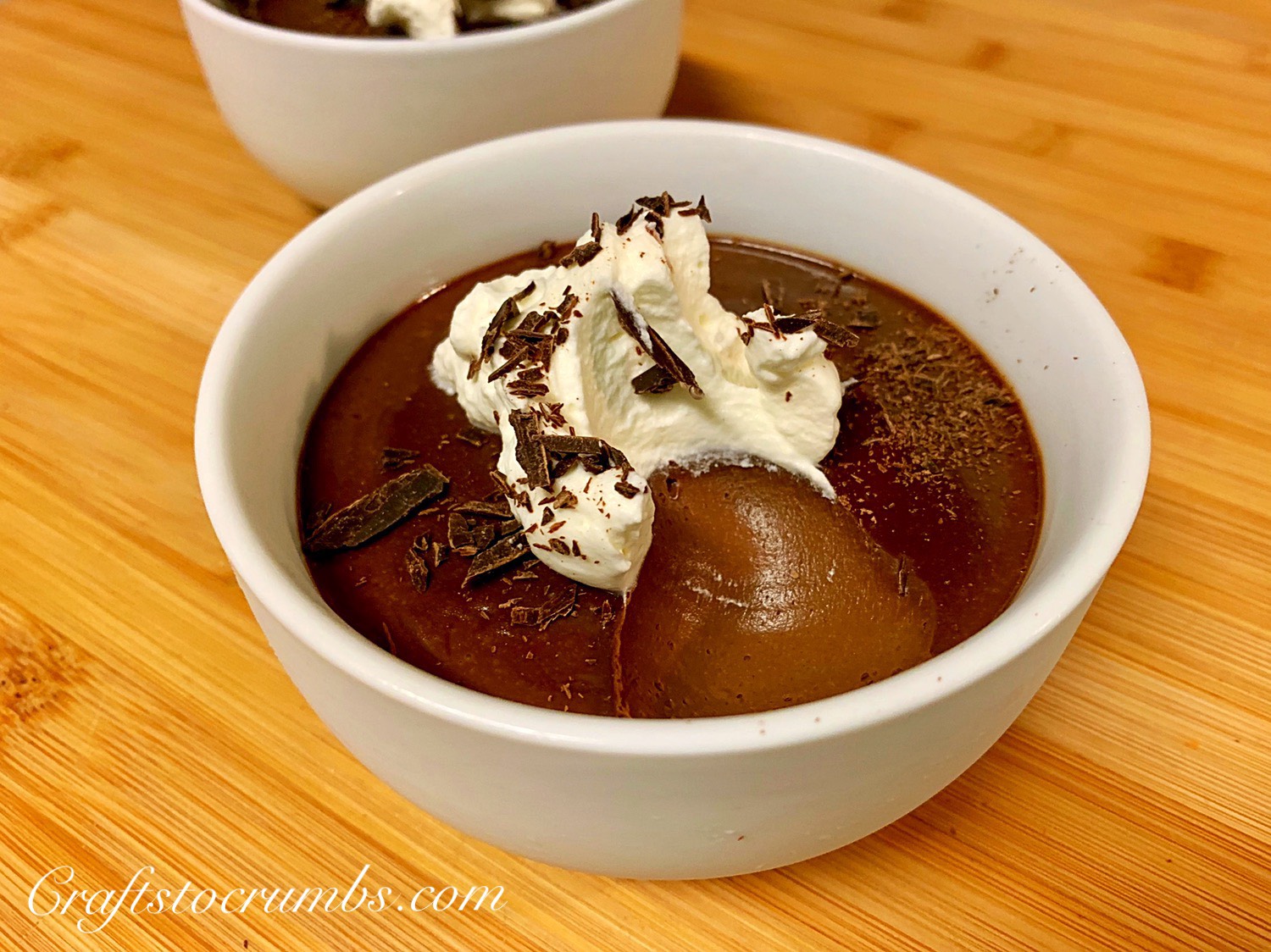 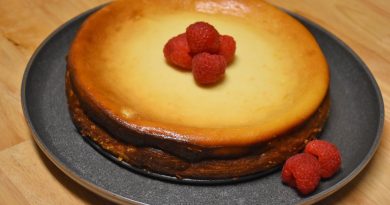 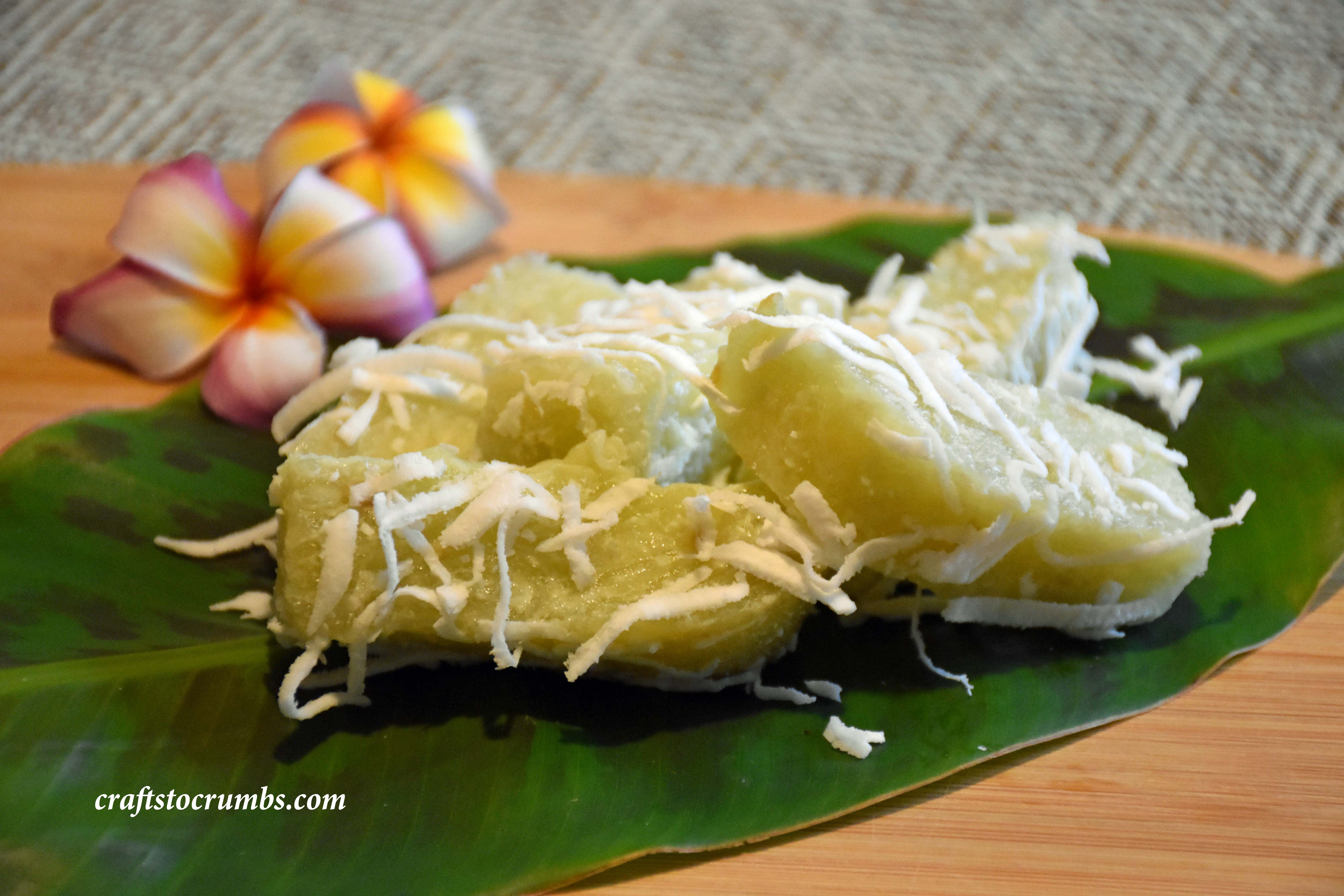