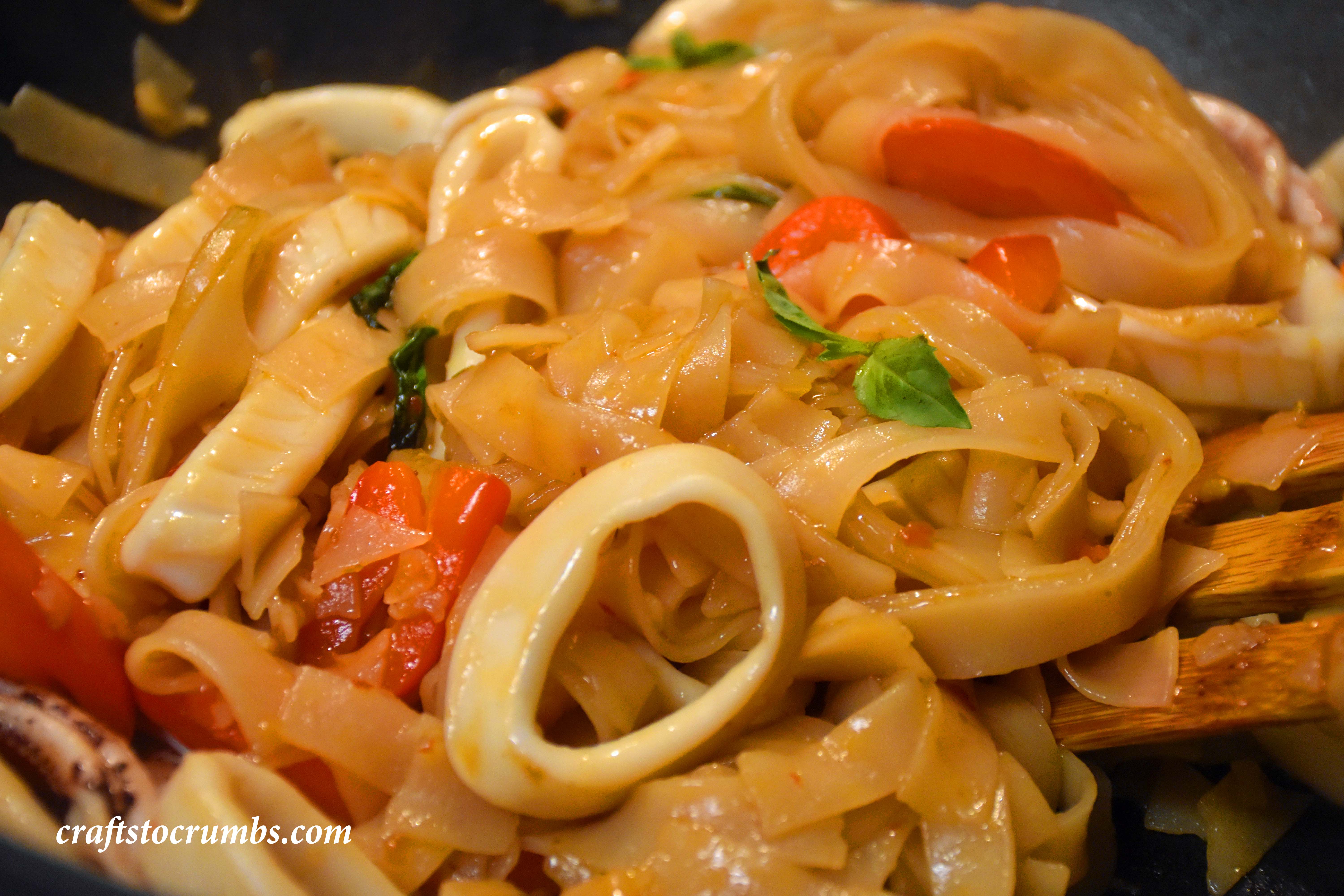 Phat kee mao, which translate to dunkard’s stir fry, similar to phat see-ew, but spicier and with hint of Thai basil. Phat kee-mao has a few different variations of its origin story. One being that it was created as a popular pairing with drinks. Another is that a drunkard came home, was hungry and threw a dish together with items he had he his pantry and, voila, the drunkard’s stir fry was born. Though, I’m not sure of the exact origin of the dish, I know that like the drunkard, I can easily throw the dish together with pantry staples. It has become one of my go-to recipes during busy work and school days.

This recipe has evolved slightly for me. It originally started out very similar to the Thai basil fried rice, and the flavors are very similar. Over the past year or so as I started “streamlining” my recipes and cooking methods to fit into my schedule, certain ingredients such as the fresh chopped Thai chili evolved into the sambal oelek.  This allowed me to get the spiciness along with other notes like acidity from the vinegar, which helps to brightens up the dish. 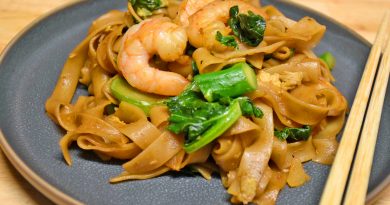